„The remains of a prehistoric camp of hunters were discovered at this site in 1994. Archeological excavations show that the earliest usage of this site dates back to 7600 BC, which correlates with the first human signs in the Rofen valley. During the period of the Middle Paleolithic (8500-5000 BC), hunters and gatherers came to the high alpine territory to hunt ibexes, chamois and marmots. They used bows and arrows as well as wooden spears that were fashioned with flintstone projectile points. Thousands of shards from these stone tools were discovered around two large boulders near a fire ring.

Protected by simple wooden constructions, the hunters grilled and ate meat, worked skins, furs, tendons and antlers, and chipped stone tools. They used a high quality flintstone that originated in the South Tyrolean limestone alps of Trento, Italy. A large number of the tools were made from quartz that came from the Tux and Zillertal Alps (in West Tyrol). At an elevation of 1500m, the camp is situated on an elevated area at the crossroads of the Nieder and the Rofen valley. These two valleys are likely to have been the natural boundaries of a vast hunting area that reached up to the main alpine ridges. In this regard the location had all of the preconditions to make it an ideal hunting area. During the early Bronze Age (around 2000 BC), sheperds used the area to graze their sheep and goatherds.“ 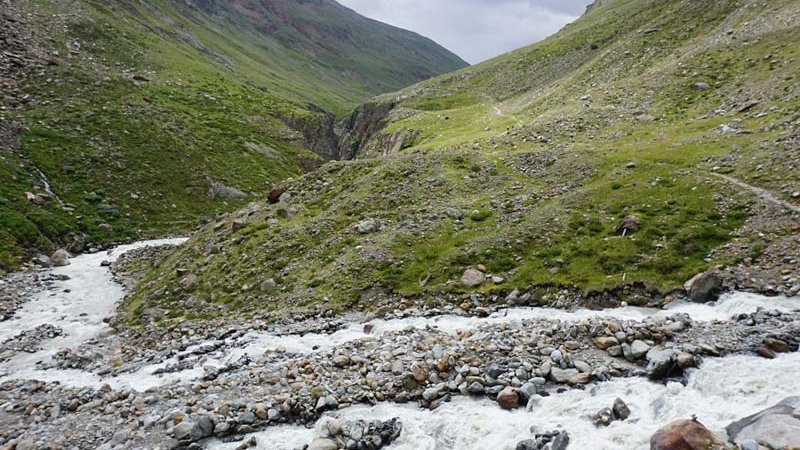