Only 50 to 100 Alpine ibex in the Alps – that was the sobering summary at the start of the 19th century. The surviving animals in the Gran-Paradiso-region in Italy were put under protection, and a breeding programme was initiated for the ibex and they were gradually reintroduced into the wild. From this, a stock of more than 40,000 animals developed in the Alps until today. They were also successfully settled in Ötztal Valley. The animals released in the 1950s on the Geigenkamm range spread from there. Reasons for the near extinction of the Alpine ibex included mainly hunting and displacement by humans and their grazing animals. The ibex especially populates steep rocky slopes, screes and grassy pastures above the tree line. In winter, they stay mainly on south-facing slopes with little snow, where they can find enough food and are safe from avalanches.

Particularly notable are the mighty, crescent-shaped horns of the buck, which can grow up to 1 m long. The females also carry up to 30 cm long horns. In winter, the coat appears yellowish-brown grey, in summer brown to roan. The deeply cloven hooves with their soft balls and hard skirts give the animals good footing even in steep, rough terrain. The social life of ibex resembles that of the chamois: A pack usually consists of 10 to 20 females and young animals, the older bucks live alone except for the rutting and mating season.

While the young animals bleat like goats, adults can utter prolonged whistling sounds. If they get startled, they usually react with a short sneeze.

By placing the ibex under protection and reintroducing it, this species is currently not considered endangered in the Alps any more. 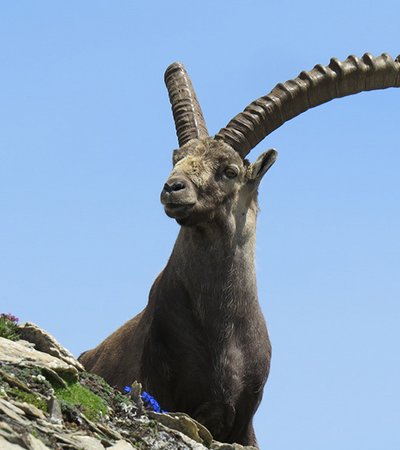 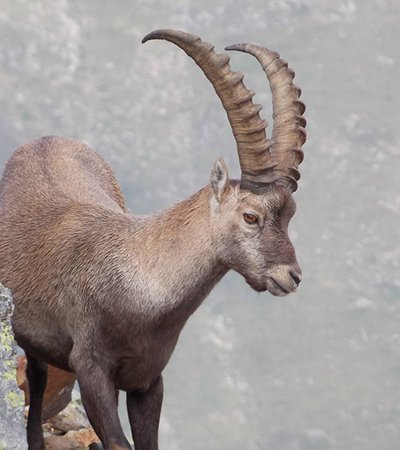 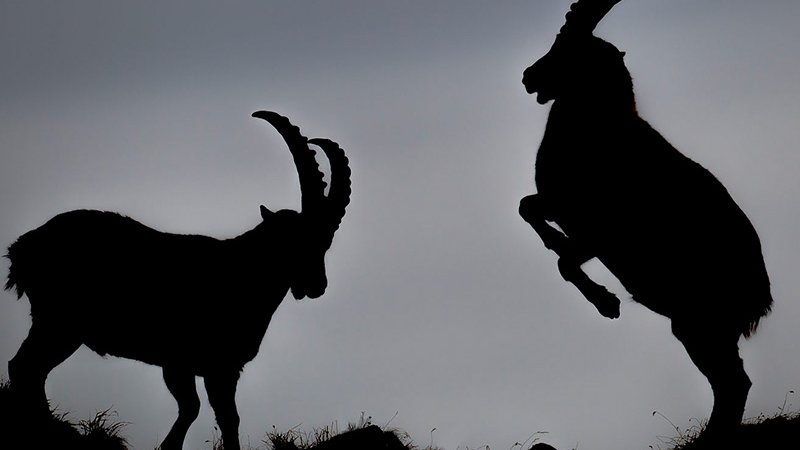 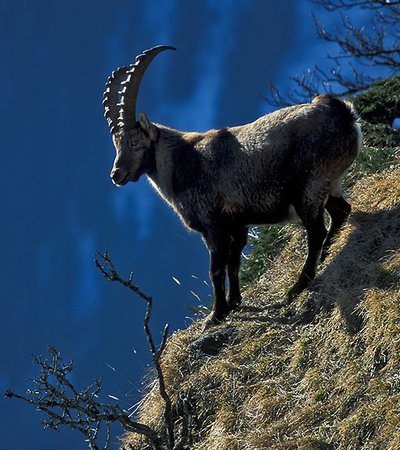 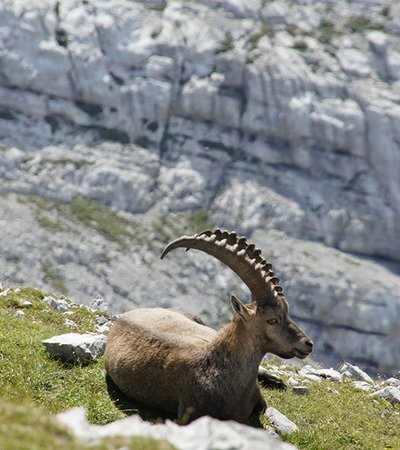