Celebrities at home in the Ötz valley

Born in Längenfeld, Franz Senn worked as a priest in Vent from 1806 until 1872. In addition to his churchly duties he invested a lot of energy into the touristic development of the valley. He supported trail construction, cartography of the area and taught the locals how to become mountain guides. He deserves the name “father of mountain guiding” and was locally known as the “glacier priest,” because he climbed several of the peaks in the Ötz valley, some of which had never been climbed before. Additionally, he was one of the founding fathers of the German Alpine Association in 1869 in Munich. 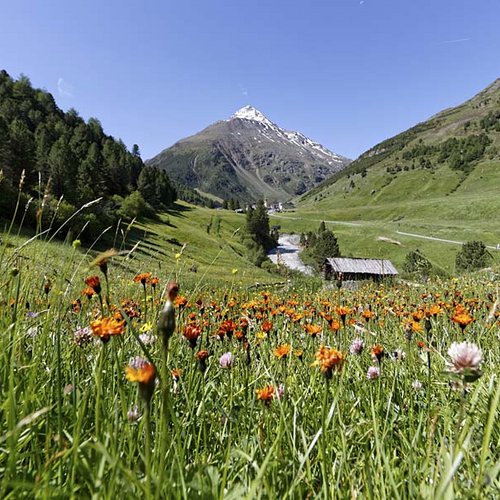 After having successfully topped the world record by flying his balloon with his assistant Paul Kipfer to 16,000m into the stratosphere, he made a spectacular landing on the Gurgler glacier. The emergency landing and following rescue by a mountain guide was known around the world. Obergurgl became famous and was henceforth a touristic attraction.

Nobel laureate Friedrich von Hayek, an economist born in Vienna, was one of the most important followers of the “Austrian School of National Economy” and can be counted as one of the great thinkers of 20th century liberalism. Friedrich von Hayek often went in to the Obergurgl Swiss Pine forest to gather his ideas “Die Verfassung der Freiheit (the constitution of freedom),” his call for a free society. A small signpost in the Swiss Pine forest reminds us of his works. 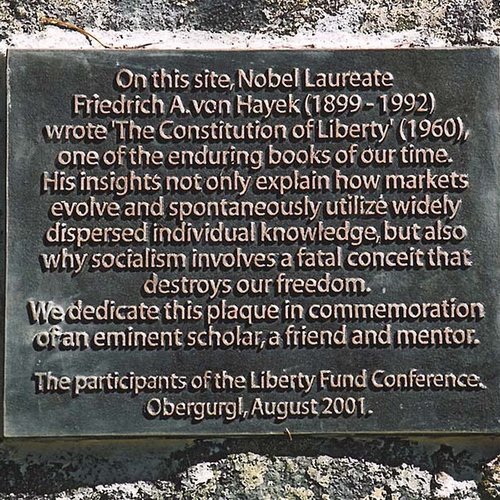 The Tyrolean scientist Walter Gams discovered a world famous pharmaceutical remedy in the soil in Obergurgl in 1959. The microscopic fungus Tolypocladium inflatum is the source of Cyclosporin, which is still used treat the rejection reactions that occur when a foreign organ has been transplanted.

With a degree in anthropology, the poet Hans Haid, born in Längenfeld, counts as one of the most disputed figures of the valley. With his critical mind he mercilessly voiced his grievances. He was awarded the Binding Prize for nature conservation (Schaan, Liechtenstein) and the green Oscar (Bavarian Television). In 2007 he received the honorary title “professor” from Heinz Fischer.

Son of a hotel and ski school owner, Norbert Gstrein, Jr. grew up in Vent. His first publication came out in 1983. He was awarded several awards over the years which include the Grillparzer award (1993), the Friedrich-Hölderlin award (1994), Berliner literature award (1994), Alfred-Döblin- award (1999), and Franz Nabl award of the city of Graz (2004).