The grass frog may be found all throughout Europe, but is under increasing threat here. A limiting factor for its occurrence is the dwindling number of spawning waters. The grass frog needs flat bodies of stagnant water exposed to the sun for spawning. Grass frogs require a richly structured habitat with meadows, shrubbery and moist areas. At night, the animals go in search of food and eat various small creatures – from bugs to woodlice, spiders all the way to slugs. Grass frogs are found in Ötztal in moist areas at up to 2,600 m and more. Their land habitat can be up to one kilometre away from the spawning ground.

Adult animals reach a body size of around 10 cm. Their back is often brown, red-brown to dark brown without notable warts. The pupil of the eye is longish and horizontal, the eardrum a little smaller than the eye. Grass frogs spawn in March/April, in higher locations until the end of June/beginning of July. The spawn is deposited in large clumps with up to 4,000 eggs.

In the natural world, grass frogs usually do not grow older than 10 years. Natural enemies (mostly birds), losses during hibernation and traffic as well, severely decimate the populations. The front legs of the males are built much stronger than those of the females. The males need these in order to hang on to the female in the course of egg deposition.

The grass frog is legally protected in Tirol, and in Austria has already been put on the early warning stage for endangered animals. The population is threatened by thinning of the landscape and accompanying intense cultivation. 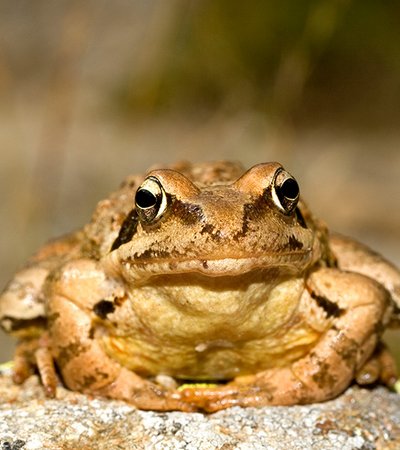 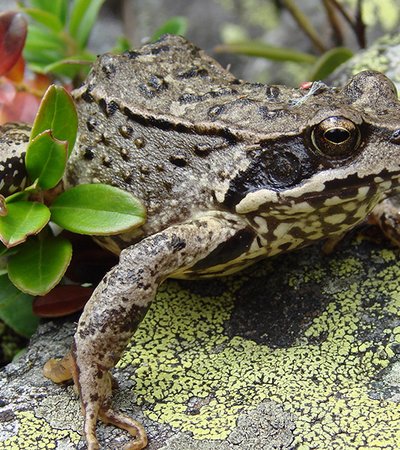 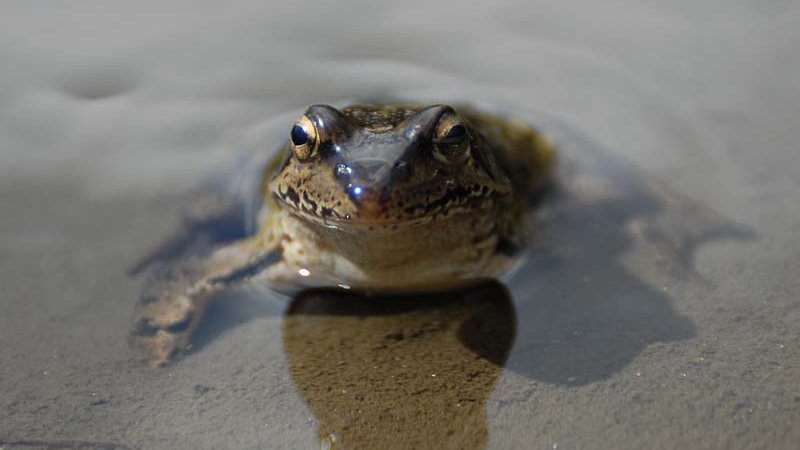